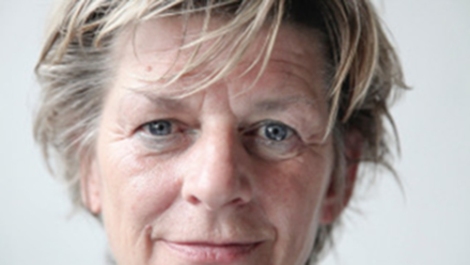 Storytelling in Documentary Photography: a 2-day workshop with Corinne Noordenbos

PLEASE NOTE: Between Saturday and Sunday sessions there will be homework to prepare for the next day!

We’ll go deeper into the existing body of work presented in the workshop to consolidate and find the best balance between all elements of the project. We will discuss and experiment in order to develop the project both in visual language and its concept, new elaborations and possible solutions.

We will focus on the possible methods of transforming/translating a photography project with photobooks as an example. We will explore possibilities and images storytelling construction schemes; training the main aspects of the development of the presented projects. Reflection and analysis on visual language is the main theme.

What is a project triangle? What is the balance between the author, goals and the audience of the project?

The workshop will start with a lecture to be followed by several sessions in which the participants will react on the work presented through exercises. One will experience what group dynamics has to offer to gain new insights instead of feedback from the teacher. So, all participants will be active during the weekend!

Corinne Noordenbos has been a photographer for over 40 years. She was born in Amsterdam where she still lives and works.
She got her education at the Gerrit Rietveld Academy and the Rijksacademie in Amsterdam. As a freelancer, she has worked for a large variety of Dutch magazines making portraits and documentaries.

In her own projects, she concentrates on daily matters, often with a personal starting point. Her series of Modern Madonna, was made just after she became a mother herself. Her project about Alzheimer after her mother was diagnosed with the disease.
At no time, Noordenbos wants you to feel a voyeur. She tries to grant people their own worth. Her photographs evoke recognition. The intimate private world in most of her projects attains a universal character.
It is a paradox between individuality and universality that is manifest in all her projects.

Beside her career in photography, Noordenbos has been active in education from early on in her professional life. She started at “The Moor, now Amsterdam Centre of photography”, where she was mentor of Rineke Dijkstra and helped her getting into Rietveld Academy. In midst 80, she was asked to set up a new department of photography at the Utrecht School of the Arts. Several generations of photographers, some now well known in the international world of photography, were educated by Noordenbos.
Rob Hornstra, Viviane Sassen and Wassink Lundgren are among those.

She retired as head of the department of Photography at the Royal Academy of Art in The Hague in April 2015. The department by then had built an international reputation for its high standards and it has now students from more than 45 different nationalities.
In September 2014, she received the Educational Award 2014 from the Royal Photographic Society (United Kingdom), in 2016 she received a Royal Dutch Decoration for her contribution to the development and recognition of Dutch photography in the international field.

She has been active in the field of Dutch Photography in various positions such as the board of the Dutch Photo Institute, now called Nederlands Fotomuseum, in Rotterdam.

She currently works all over the world as a photographer and guest lecturer. Her latest photographic work will appear as a book publication and exhibition in England in March 2018.